Regarding the recent decision of the National Anti-Coronavirus Committee of Iran,

the closing ceremony of the Sixth Intl. Arbaeen Award is canceled and postponed to a later time.

The next date of the ceremony will be announced on our official website and social pages.

Please keep following us for updates. 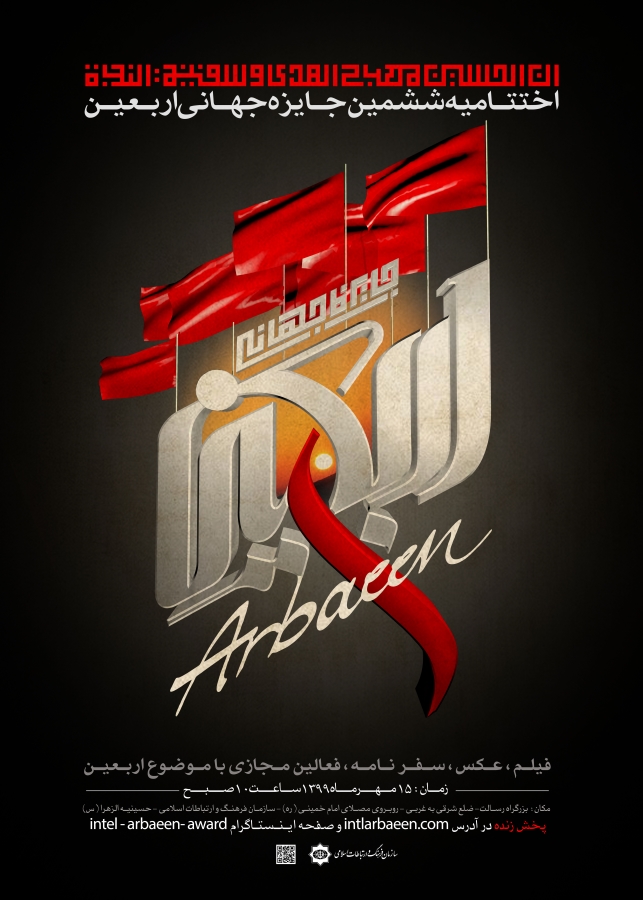 To the closing ceremony of the sixth Intl. Arbaeen Award

In the Name of Allah, Most Beneficent, Most Merciful

Regarding the unique and valuable spiritual capacity of the Arbaeen (40th Day) of the Martyrdom of Imam Husain ibn Ali (as), which is commemorated by millions of his lovers throughout the world and in the form of walk march, the Islamic Culture, and Relations Organization (ICRO) launched on international competition in the year 2014 to highlight the grandeur of this international, cultural and religious event in the world.

To achieve this objective, a secretariat was founded in the above-mentioned organization and the first round of this competition, in the field of photography, was held in the same year. Following a great response by the lovers of Imam Husain (as), two more fields of short films and travelogues were included to expand the international dimensions of the competition in the following years.

The 6th Arbaeen International Award was officially launched on Tuesday, October 1, 2019. The interested individuals have submitted their works through the website of the secretariat or social media by February 24, 2020. The closing ceremony of the Award is going to be held online, on October 6, 2020

Short storyboard and documentary (created with mobile phones or cameras)

Single photo and Album of photos